Pope Francis on Coping with Loss 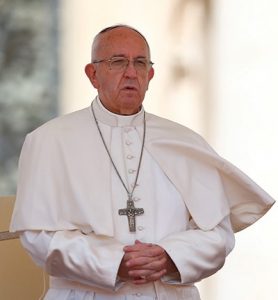 “In the People of God, by the grace of his compassion granted in Jesus, many families prove by their deeds that death does not have the last word: this is a true act of faith. Every time a family in mourning – even terrible mourning – finds the strength to guard the faith and love that unite us to those we love, it has already prevented death from taking everything. The darkness of death should be confronted with a more intense work of love. ‘My God, lighten my darkness!’ is the invocation of evening prayer. …

“We can draw from the simple and strong testimony of the many families who have been able to grasp, in the most arduous transition of death, the safe passage of the Lord, Crucified and Risen, with his irrevocable promise of the resurrection of the dead. God’s work of love is stronger than the work of death.”

Pope Francis on Accompaniment and Mercy after Divorce

“Respect needs to be shown especially for the sufferings of those who have unjustly endured separation, divorce or abandonment. To forgive such an injustice that has been suffered is not easy, but grace makes this journey possible. The local community and pastors should accompany these people with solicitude, particularly when children are involved or when they are in serious financial difficulty.”

“It is important that the divorced who have entered a new union should be made to feel part of the Church. They are not excommunicated and they should not be treated as such, since they remain part of the ecclesial community.  Care for these persons is not a weakening of Christian faith and belief in the indissolubility of marriage, but is rather a particular expression of its charity and mercy.”

“It is a matter of reaching out to everyone, of needing to help each person find his or her proper way of participating in the ecclesial community.”

Weekend fee of $75 is for deposit only. That will hold your place for the event. Balance will be due upon start of Weekend. Dismiss